My thoughts on the PSRN workshop on cyberinfrastructure and training

I am on my way home from a workshop on cyberinfrastructure and postgraduate training hosted by the Plant Science Research Network. It was a grueling three-day sprint, but it brought together a phenomenal diversity of experience and perspectives on the relevant issues. I wanted to summarize my thoughts while they are still fresh in my head. Beware: what follows is a bit of a brain dump!

Those who know me best may be wondering what I was doing at a plant science workshop. That question certainly came up several times as I explained my graduate work (insect genomics) and postdoctoral work (rare genomic variant discovery in human) to other workshop attendees. The long-winded answer is that in addition to working in a plant genetics lab as an undergraduate before joining a plant genomics lab as a new Ph.D. student (even though I went on to study mostly insects!), I've also been an active science cyberinfrastructure user, enthusiast, advocate, and instructor for many years. But the more honest answer is that somebody much more influential than me was invited first, but was unable to attend, and recommended me in their place. :-)

The workshop organizers sent out some material and made assignments several days before the workshop. As an early career scientist and a relative outsider to the plant science community, I was already skeptical that I would be able to contribute meaningfully to the discourse of the workshop. And as I started reviewing these workshop prep materials, I became even more skeptical that the "corporate strategy" they were describing would play out well for rooms full of academics.1 It turns out that I enjoyed the workshop immensely, and I think the layout helped make it a worthwhile experience for everyone involved.

The workshop was organized as a scenario planning session, which (based on feedback from earlier planning efforts) was focused on two critical uncertainties regarding the future of plant research. The first is resource availability, the question of whether funding and other resources will be abundant or limited. The second uncertainty is the primary driver of research, the question of whether the plant science community is motivated primarily by necessity and problem solving (reactive) or by advancement and curiosity (proactive). These uncertainties served as two axes for brainstorming alternative hypothetical futures: the axes form four quadrants which served as scenarios for our discussion.

Prior to the workshop, participants were assigned to one of the four scenarios and asked to reflect on what (plant) science would be like if that scenario were taken to the extreme. Once gathered at the workshop, we then discussed opportunities and challenges related to postgraduate training and cyberinfrastructure in the assigned hypothetical scenario, as well as recommendations we would make for immediate action if the scenario was to be our inevitable and unavoidable future.

One could argue that the organizers could have chosen different or better axes. Perhaps this is true. But the idea was to anchor the discussion and nail down some givens so that each working group could explore the remainder of the uncertainty space—and associated opportunities and challenges—in more detail. I think the scenario planning strategy effectively satisfied this purpose.

Of course, the actual future is not going to be any one of those individual scenarios, but some composite of all four. So after we considered each scenario in separate groups, we all consolidated again to share recommendations and look for common ground. Despite the very divergent scenarios, we did indeed find some recurring themes in the recommendations made by each of the working groups. These will no doubt be covered in detail in the official post-workshop report, so I won't attempt to make a comprehensive list here.

I will say that connections were a theme that came up over and over again: collaboration between scientists, integration of distributed data and tools, and sincere engagement of all relevant stakeholders, especially legislature and the general public. The fundamental need to address training in data and computing literacy (distinct from computer science!) throughout all career stages—even (and especially) as early as high school—was another persisent recommendation. Several plugs were made for Software Carpentry and Data Carpentry as an excellent model for such training.

The group also emphasized the detrimental effect of some of the plant science community's (and the wider science community's) legacy practices/culture, such as the general resistance to sharing and openness, the lack of incentives for making code/data/metadata documented/reusable, the general neglect towards sufficient standards development, and the reticence of academics toward valuing diverse career paths in (plant) science. 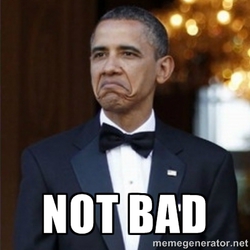 Whoa, that's a lot! And actually addressing all these issues and recommendations in any meaningful way is going to be an extremely ambitious endeavor, no doubt about it. But I'm pretty impressed that this diverse group was able to converge so well on a shared vision. I credit the organizers that went to great lengths to include scientists from diverse career stages, training backgrounds, and industries. By putting us together in small groups with both early career scientists and soon-to-be emeritus full professors, both acadmic and industry scientists, both plant science specialists and cyberinfrastructure specialists, we were all exposed to a broad variety of perspectives and able to contribute to a critical and constructive dialogue. My initial misgivings about not being able to contribute were, I'm happy to report, entirely misplaced!

Kudos to the workshop's organizers and participants for making this a great event. I look forward to seeing (and where I can, contributing to) great things in the plant science community in the near future!

1The workshop organizers also did a good job including interested stakeholders from industry and government, but I wasn't aware of this coming in to the workshop.